Y-Luk-O is a project inspired by industrial, electro and experimental music. The band was founded in 1999 in London by Leonardo von Leibnitz and Yluko. Basic principle was the creation of unusual sound scapes and structures beyond traditional song and sound combinations.

Y-Luk-O released their debut album back in 2001 on the Frankfurt-based label Sonic-X after they produced a three-track demo in 2000. This CD attracted much attention with media and audience as well as colleagues of other bands. Already one year later, in 2002, the band releases with “Kerion Celsi” the second album. Originally planned to be a remix-album, the band’s creative output had been so immense, that a full-length album with only three remixes was released. On that artists of Front242, In the nursery and Kirlian Camera showed their respect and support for the work of the band.

Y-Luk-O toured in the year 2003 in Germany with Kiew. The band impressively demonstrated their great live capabilities by a multimedia show with video projections, live drummers and performers and was able to gain a further fan base among the fascinated audience. After the release of “Kerion Celsi” in the USA in summer 2004, the band toured the whole USA in November / December 2004 with great success and had been celebrated enthusiastically!

Y-Luk-O released  the full-length album “Elektrizitätswerk” in 2005 followed by the EP “Resistance” in November. Both releases had been a success for the band and a big gain of reputation.

After a creative break Y-Luk-O finished the fifth studio release called “Sin(n)“ in 2008 after a production period of more than one year. Y-Luk-O explored new paths of Industrial-Pop with their fifth studio album “Sin(n)” and surprises with more brilliant melodies and possibly the most honest and direct sound in their seven year history. Celli, violins and acoustic guitars have made their way into Y-Luk-O’s compositions as one of the most classical electronic instruments – the Theremin, whose sound has brought fear into the hearts of generations of Hitchcock lovers. For the first time in the band history Y-Luk-O  covered songs from famous other bands – namely INXS, Rolling Stones and Pink Floyd! 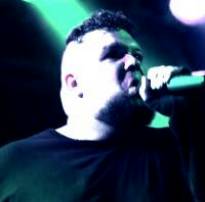 After a longer period of relocations, experiments and field research on sound design and classical composition, Y-Luk-O returned to their studios in now Boston and Leipzig to work on new material. The new EP „Autark“ will be the first release for eight years and will celebrate the bands 15th anniversary of their debut release „Dead without you“. Y-Luk-O became a more open project with a stronger focus on audiovisual concepts also on stage by cooperations with musicians and artists like Guido Litke (Digital Factor), Olaf Parusel (sToa) and Michael Herrmann (ABGedreht Production).